More than 500 San Francisco taxi drivers have become paid members of the City's new union so far. And many of them filled the Plumbers Union Hall at 1671 Market Street to engage in its induction.

Bhairavi Desai, president of the National Taxi Workers Alliance, awarded a charter of affiliation to SFTWA, in recognition for excellence in organizing taxi workers, “in the struggle for justice, rights, respect, and dignity for all taxi workers and labor everywhere.”

“I want everybody to know that among 150 unions of the San Francisco Labor Council, you are going to get the support of all of us in the labor movement”, Paulson said. 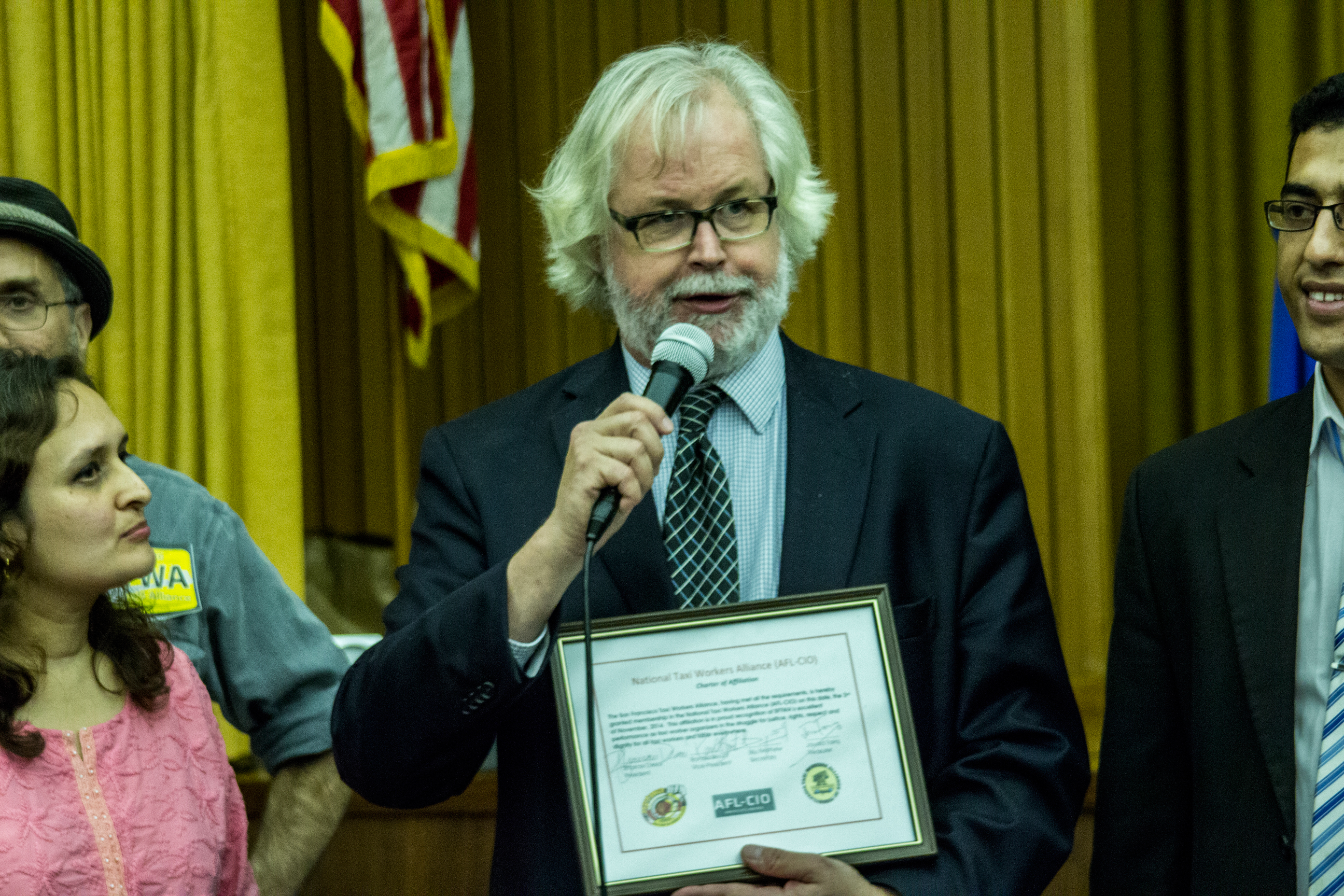