SFTWA to US Mayors: 'Steer Clear of Uber'

SFTWA to US Mayors:  "Steer clear of Uber."

Uber is a major player at the U.S. Conference of Mayors,
hosting a breakfast on Sunday and a tour of its headquarters on Monday.

Mayors would be well advised to skip these events.

Here is just a small part of the company’s track record:

¨     It has begun illegal operations in dozens of cities and countries around the world, and has continued to operate in many places despite being banned.

¨     It has denied liability for many accidents and incidents that have occurred while drivers were using the app, including the death of 6-year-old Sophia Liu in San Francisco on New Year’s Eve of 2014.

¨     It has been sued for violations of the Americans with Disabilities Act and defended itself by claiming that it was not subject to the Act because it is not a transportation company.

¨     It has gouged passengers through heavy "surge pricing" after disasters and crises such as Hurricane Sandy and a hostage crisis in Sydney, Australia.  Further anecdotal evidence illustrates that Uber is nearly always "surging" in central business districts or entertainment districts.

¨     It has tracked individual passengers through a “God View” feature, sometimes for the entertainment of its employees or investors and even to track a reporter that had written a negative story about Uber.

¨     One of its top executives threatened to dig up dirt on journalists who criticize the company, specifically threatening Sara Lacy from Pando.com for her critical take on the company and its practices.

¨     It has tracked rides to and from potential “one night stands” aka "rides of glory".

¨     It started a “hot chicks” as drivers promotion to lure male customers in Lyon, France.

¨     It has received money from the Qatar Investment Authority, an arm of a country that has been internationally condemned for the brutal conditions migrant workers suffer.

¨     It attempted to sabotage its competitor Lyft by ordering and canceling more than 5,000 rides and trying to lure Lyft drivers to its app through a nationwide campaign called “SLOG”.

¨     Its drivers have reportedly committed dozens of criminal acts around the world, including rape, sexual assault, battery, kidnapping, burglary and other crimes.  The company has allowed drivers with long criminal records to work with the app while making no attempt to work with local authorities to prevent this from happening in the first place.  Uber has gone as far as to leave an entire state due to regulations that would require their drivers to be fingerprinted and FBI/DOJ background checked.

¨     Its attempt to forge a partnership with U.N. women was rebuffed after a host of workers and women’s organizations worldwide condemned Uber’s business model as anti-labor and women’s rights.

¨     It is on a mission to destroy taxi service around the globe, crippling an essential public service and replacing full-time career jobs with precarious, often part-time work designed to disempower those who perform it.

But really, as a Mayor of one of our great cities, do you really want to encourage a corporate interest to come in to your city, congest it, weaken employment stability and wages for professional drivers, remove tax revenue from your city and make profit for VC investors while your city suffers?

If you were a mayor, why would you want to socialize with this crowd? 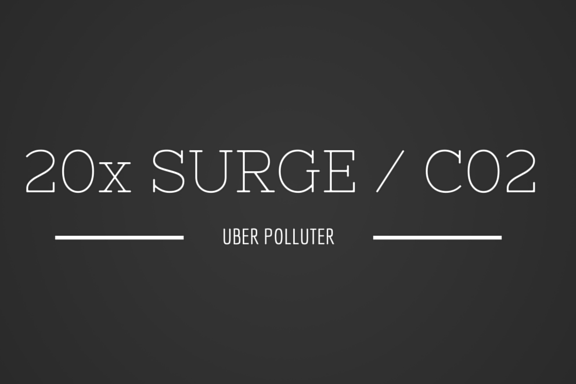 What’s the REAL price of the ride?

Brazilians call it “paid hitchhiking”.  You hold out your electronic thumb, and a few minutes later, a vehicle appears and takes you on your way.  The cost seems reasonable (except when “surge pricing” is in effect). But the hidden and not-so-hidden costs of this form of transportation have yet to be fully understood.  Uber’s valuation – estimated at $50 billion – is built on many backs.  Like industries that dirty the waters and foul the air, these companies’ profits go to their investors, while society as a whole pays the true costs of their operations. Here are some of the victims of Transportation Network Companies (TNCs):

¨     The environment:  San Francisco now has the greenest taxi fleet in the country, but those hard-won gains have been erased, and then some.  Tens of thousands of TNC vehicles crowd the streets, bringing traffic to a crawl and polluting the air.  Certain streets are virtually impassable at busy times owing to this traffic.  There are no limits on TNC numbers, and practically none on vehicle type. It’s no coincidence that in the past two years, San Francisco has become the second most congested city in the country.

¨     Ongoing and future environmental damage:  Independent analysis shows that TNCs and other on-demand drivers could be emitting as much as 2.1 million tons of Co2 annually in just San Francisco alone.  Causing more than 20x more pollution that the existing licensed taxi fleet.  Where is the CEQA study that’s mandated by law?

¨     The disabled community:  TNCs have an abysmal record of service to the disabled.  They either don’t provide wheelchair-accessible service at all, or do so at an exorbitant price.  Complaints about discrimination abound.  As a result, both Uber and Lyft are being sued for violations of the Americans with Disabilities Act.

¨     Drivers of vehicles for hire (including TNC drivers):  Cab driving has opened a door of opportunity for many workers – nowadays mainly immigrants.  Most San Francisco taxi permits (medallions) are in drivers’ hands, giving them extra income and a stake in the industry after years on the job, and providing the public with an experienced and knowledgeable workforce.  But since TNCs began operations, driver income has fallen drastically.  Some 40 percent of San Francisco taxi drivers have seen their earnings fall below the minimum wage.  TNC drivers – who lack even the most basic job benefits and protections – have also seen their income decline.  All drivers of vehicles for hire are hurting in this race to the bottom, whose only winners are The TNC companies themselves.  And as precarious, unstable working arrangements replace real jobs in this and other sectors of the economy,

ALL of us pay the price. 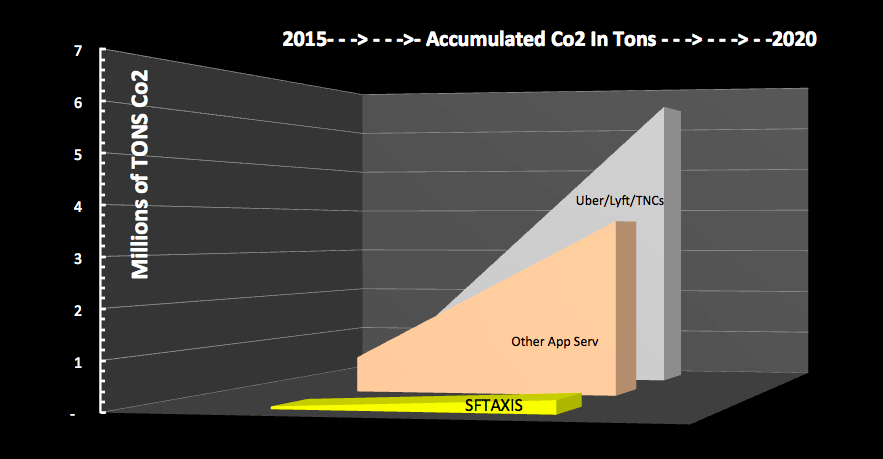